Discussions about STEM usually revolve around a lack of women enrolments or declining interest overall when it comes to subject selections in school. However, one discipline is bucking both trends: biomedical engineering.

Biomedical engineering has seen huge growth in Australia’s universities, along with women making up almost 32 per cent of enrolments – much higher than most engineering disciplines.

According to IEEE, the surge in growth can be explained by a promising future in the biomedical engineering industry. Big companies in Australia and New Zealand such as Cochlear, ResMed and Fisher & Paykel Healthcare, along with almost 500 other small businesses in the biomedical sector, face increasing demand for their medical devices, especially in regards to our country’s ageing population.

Recent research from PWC highlights Australia’s potential as a medical tourism destination and the possibility of healthcare trade with China (especially in regards to China’s ageing population and problems with chronic diseases like diabetes).

Another interesting thing it notes is that companies like Telstra have started to invest in telehealth services for remote areas, thus opening another avenue for growth in the healthcare industry. These exciting trends occurring in the health industry could explain why I’m seeing more biomedical engineering students in my uni courses.

In terms of women’s participation rates, there is the definite connection between biomedical engineering’s health-industry focus and how disciplines such as medicine, nursing and veterinary science have more women enrolments.

STEM-minded women who used to be put off by the perception of sexism in the engineering sector now see an area more welcoming to them, allowing them to take advantage of their talents compared to the barriers faced in, say, the construction industry.

Another trend about biomedical engineering that isn’t heavily publicised is it draws students who tend to be a lot more extraverted than the average engineering student. For example, the recently elected executive team for Sydney University’s Engineering Undergraduate Association has at least a third of its members studying biomedical engineering, including the president.

This is certainly a disproportionate amount when you consider the many different engineering disciplines. I’m uncertain why there are more diverse personality types pursuing biomedical engineering, but a Forbes article analysing the emotional intelligence (or EQ) required by doctors provides some answers.

It talks about the story of Kaiser Permanente (a large healthcare provider in the US) and how a new director turned around the fortunes of the previously struggling company by focusing heavily on EQ. The article also mentions a review of 485 independent studies showing that higher EQ in the healthcare industry improves medical education and healthcare performance.

While this analysis is more specific to doctors rather than biomedical engineers (and of course introverts can also have a high EQ), there is some crossover. For example, according to the Forbes article, higher EQ “leads to better understanding of patient satisfaction”, and perhaps this is why many biomedical engineering students are choosing the discipline: they feel they have the right temperament for it, or it fulfils their desire to create something that could improve the health and wellbeing of people.

A biomedical engineer who certainly displays these traits is Professor Melissa Knothe-Tate from UNSW, who was named as one of Australia’s Most innovative Engineers in 2017 by Engineers Australia. Tate has done some incredible research on regenerative technologies including the areas of bone formation and repair by using properties of the periosteum, the ‘skin’ that protects our bones.

While it remains to be seen if the influx of biomedical engineering graduates turns out to be successful, one can conclude it has and will continue to reflect a shake-up of the foundation of engineering degree structures in Australia. 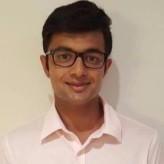