It’s likely the Australian Government will introduce draft legislation for a Modern Slavery in Supply Chains Reporting Requirement in the first half of 2018. Such a step has been a long time coming, but what does it mean and why is it important?

The incidence of modern slavery

Modern slavery encompasses two main categories: debt bondage, or the pledge of services as security for a debt; and forced labour, which is work conducted under threat of a penalty.

Not only is Australia a destination for people trafficked into slavery from Asia-Pacific, but four of our top five import sources are Asia-Pacific countries. So because of faults in the supply chains on which we rely, Australians do contribute to the abuse and exploitation of overseas workers through our daily use of goods and services.

Most forms of modern slavery will occur in industries where labour intensity is high and margins are low; unequal value distribution along the supply chain provides pressure towards slavery. Modern slavery is most prevalent in agriculture, mining and extraction, construction and some forms of manufacturing.

A recent study by Crane et al from the University of Bath examined the structure of domestic versus global supply chains associated with forced labour in the construction and food industries. They found that slavery is most likely to occur among subcontractors in tiers four or five in a supply chain, making due diligence a high priority for companies that are serious about identifying and eradicating modern slavery.

Australia’s interest in a Modern Slavery Act follows a raft of global legislative developments in this area, including the introduction of a Modern Slavery Act in the UK in 2015. The UK Act obliges commercial organisations with an annual turnover greater than £36 million to prepare a statement confirming it has taken steps to ensure its supply chains are free from slavery and human trafficking.

If Australia’s version passes, affected entities will have to report publicly from as early as FY19 on what they are doing to ensure there is no slavery in their operations or supply chains.

This will affect firms of a certain size who will need to publish such reports. It will also affect firms of all sizes who provide services to clients who need to report under the legislation, and who might ask for information on human rights in your business, as part of their own preparation for reporting.

We don’t yet know the  reporting threshold in Australia, although the Attorney General has circulated a discussion paper suggesting entities with more than $100 million in revenue will be required to report. However, to be consistent with the UK legislation, a threshold closer to $60 million would be required.

Due diligence has three basic functions: identifying actual or potential human rights impacts; preventing and mitigating those impacts; and accounting for impacts and the responses to them. These should be part of an ongoing management process, integrated into company decision making.

By enhancing the quality of supply chain regulation and drawing public attention to due diligence standards, a Modern Slavery Act would promote the accountability of organisations operating in Australia for engaging in or enabling exploitative practices.

Importantly, given the position that many organisations occupy in international economies, such an Act would also compel the transmission of behavioural change along the length of overseas supply chains.

Preparing for the Modern Slavery Act

Is your organisation ready for a Modern Slavery Act? To get ready, consider taking the following steps: 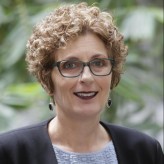 Dr Leeora Black is the Managing Director of the Australian Centre for Corporate Social Responsibility.

Do engineering programs need to be overhauled?